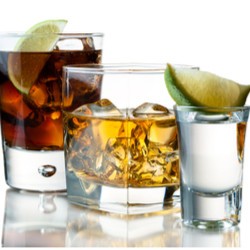 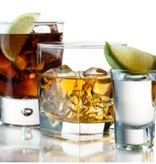 Add kick to your cocktail with a sweet heat blend of grapefruit and jalapeño flavors.

THE SVEDKA STORY
SVEDKA Vodka has been making its mark since it was first imported in 1998. It’s now the 2nd largest imported vodka and the #7 spirit brand in the United States*. And its popularity keeps growing.

Imported to the US from Sweden – a country that has been perfecting vodka for centuries – SVEDKA Vodka is proudly named after its country of origin. SVEDKA is a mix of the word ‘Svenska’ (meaning ‘Swedish’) and ‘Vodka’ (derived from the Slavic word ‘voda’). As these two words are combined, SVEDKA is a name as catchy as it is clever – fitting for a brand renowned for its character, quality, and value.

WHERE SVEDKA COMES FROM
SVEDKA’s crisp, distinctive taste profile begins on the shores of Lake Vänern, the largest lake in Sweden, in the small town of Lidköping (population: 25,000). Sweden ranks as one of the cleanest countries in the world**, so it is not surprising that their local ingredients are among the finest as well. Every 750ml bottle of SVEDKA Vodka begins with four pounds of Sweden’s hearty, flavorful winter wheat, all harvested from the pastoral farmlands surrounding the distillery in Lidköping. Another key component to SVEDKA’s quality is the crystalline water from one of the world’s cleanest sources, Sweden’s ice-cold underground springs.

HOW SVEDKA IS MADE
Continuous distillation — a method first introduced in the 11th century — creates ideal conditions for producing top-quality vodka. The “continuous” aspect of the distillation process insures that ingredients are constantly moving so the winter wheat, yeast and water never stalls or pools. At the final stage in this distillation process, SVEDKA is run through high-performance purification columns, five separate times to remove impurities. The end result is outstanding quality SVEDKA Vodka.

Add your review
0 stars based on 0 reviews
Add to wishlist / Add to compare / Print
Read Jay W.'s review of >Cheers On Demand on Yelp
Read Farid V.'s review of Cheers On Demand on Yelp
← Return to the back office    Warning Notice Proposition 65: Drinking distilled spirits, beer, coolers, wine and other alcoholic drinks may contain chemicals known to the State of California to cause cancer and birth defects or other reproductive harm. For more information go to: www.P65Warnings.ca.gov Hide